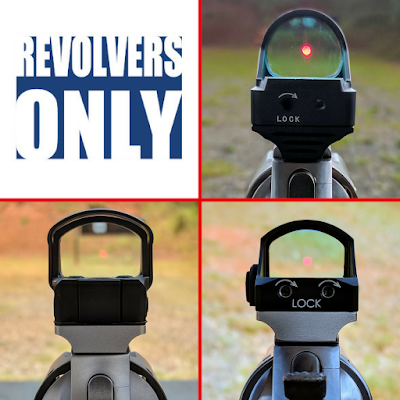 Over the past few decades, red dot sights have become smaller, more reliable, and less cost prohibitive. These advances have resulted in many shooters mounting these optics on the slides of handguns. Whether for recreational, competitive, or defensive use, it appears that miniaturized red dot sights on handguns are the way of the future. Many major manufacturers now offer optic ready platforms. A brief search of the topic reveals that the majority of handguns equipped with optics are automatics. But what about red dot optics mounted on revolvers?

In order to answer these questions, Revolvers Only will be embarking on a new series of posts called the Red Dot Sight Revolver Project! 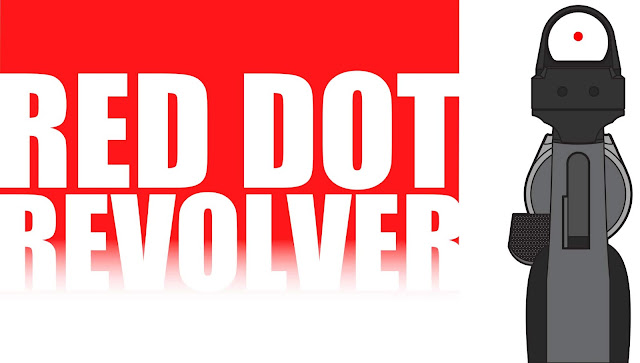 First, the project will attempt to inform shooters that red dot sights can be mounted easily and inexpensively on many modern revolvers.

Second, the project will attempt to test and evaluate several popular red dot sights available on the market.

Third, the project will attempt to highlight some of the advantages an optic equipped handgun has over an iron sighted handgun.

In order to evaluate red dot optics on both revolvers and automatics, data will be collected during the testing process using four drills. The Bill Drill will be shot once using each firearm; this will largely serve as warm up for each handgun. The Box Drill, Three Twenty Five Drill, and Reload Drill will be attempted three times. The average of those three will provide an overall score per drill. All of this data will be used to compare the performance of each platform.

Before any red dot sight testing occurs, each handgun will undergo these same drills with iron sights. The results from those drills will serve as the control data, or baseline, to which the optic equipped pistols will be compared. After the iron versus optic comparison, the evaluation of each handgun and associated red dot sight will begin. A comparison of overall scores will determine which RDSH performed the drills in the shortest amount of time. As the project continues, readers are encouraged to make their own comparisons between optics to help determine which best meets their needs. 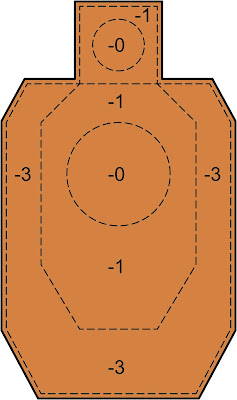 The target selected for the testing procedure is the current (2018) IDPA target. The target is marked with perforations to indicate scoring zones. Scoring is as follows: 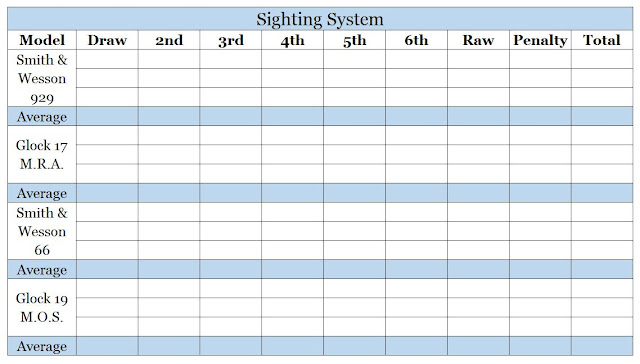 Data will be recorded and displayed on tables for each drill.  Below are definitions of the terms listed on the tables:

There were two challenges in selecting the courses of fire:

2) Distance limitations - Many argue that red dot sights are slower than iron sights a close distances. To get as accurate of data as possible, a variety of distances were chosen: three (3), seven (7), twelve (12), and twenty five (25) yards. This will help determine if iron sights are indeed better for close shooting. 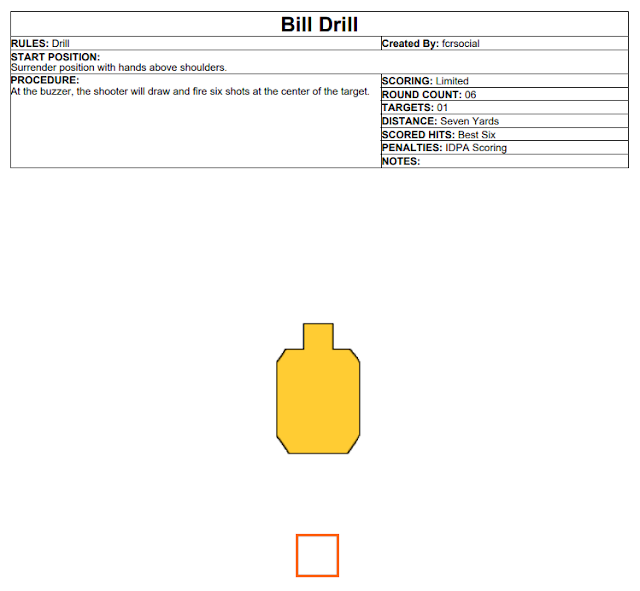 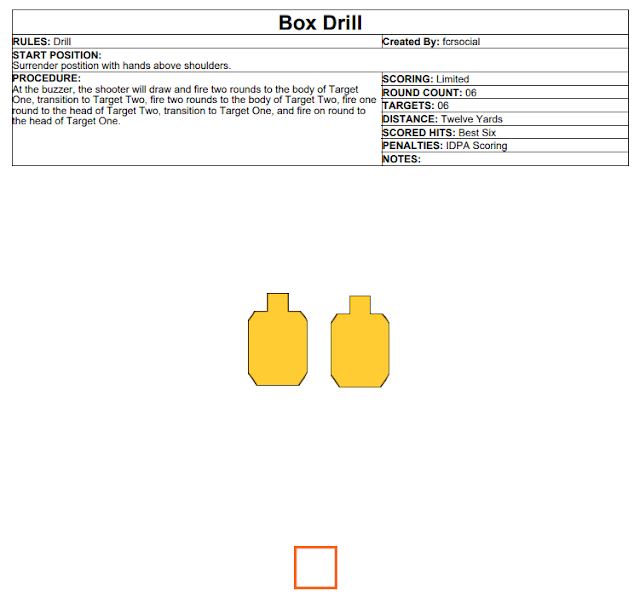 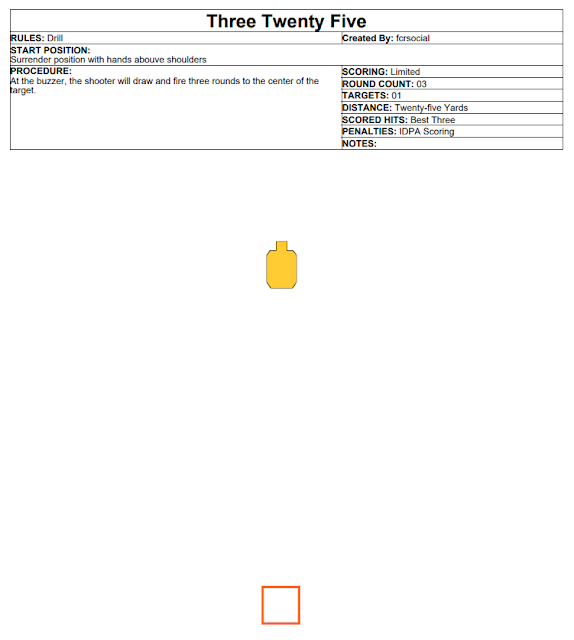 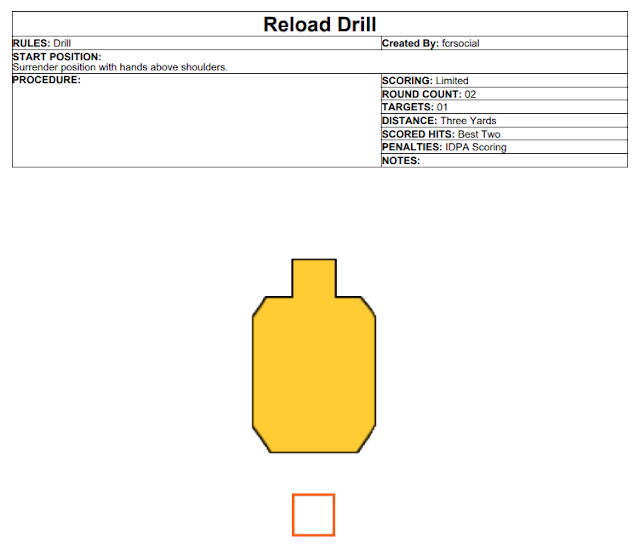 Reload drill note: Automatics and revolvers reload differently, and that makes it difficult to compare. To create some level of balance, the automatics will be loaded with one round in the chamber and an empty magazine. From slide lock, the shooter will reload with a new magazine loaded to six rounds. Similarly, both revolvers will be loaded with one live round in the cylinder. The shooter will perform a reload with a full speed loader or moon clip.

At the end of each testing cycle, conclusions will be drawn regarding the performance of the each optic on both automatic and revolver platforms. These comparisons should produce valuable information to aid the consumer in selecting the best possible handgun/sight combination.

I hope that you are just as excited for the the Red Dot Sight Revolver Project as I am! After shooting red dot sights in Open Division for the past year, I am excited to compare frame mounted red dot sights to slide mounted optics. I plan to compete in a few matches shooting the two optic equipped platforms back to back.

This will not be a short series as new optics rotate into the project and life events occur (my wedding is less than three months away). Product reviews and match recaps will be still be regular features on Revolvers Only. In case you miss a post, a new tab has been added to the home page. This page features direct links to each RDSRP post, more general information about the project, and links to the websites of industry sponsors. RDSRP would not be possible without support from these sponsors, so please visit their websites and check out their products!

As always, if you have any suggestions for future posts or would like to share your experience on the current topic please post below!
at August 15, 2018